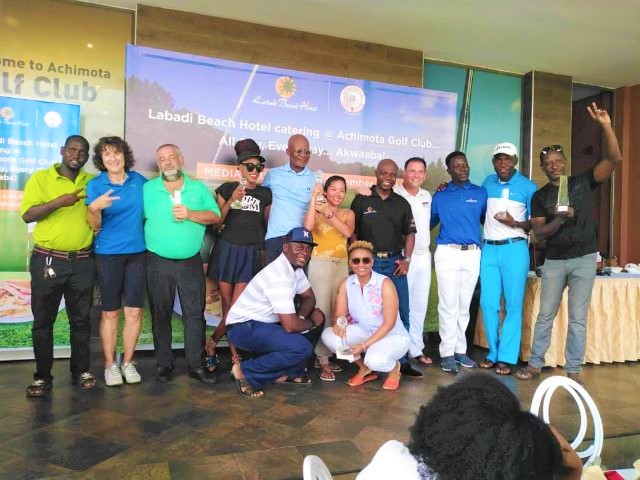 Achimota Golf Club, which has Ghana’only PGA standard course and Labadi Beach Hotel have signed a deal which will see the hospitality outfit provide catering services for the golf club.

The launch of this partnership was marked with a golf tournament which attracted participation from over 70 golfers at the club last Saturday.

The General Manager of Labadi Beach Hotel, Rene Vincent Ernest told Joy Sports in an interview that his outfit’s obession is to provide golfers and visitors a special experience.

This will be a perfect marriage. Clearly, it is an extension of what we provide at the Labadi Beach Hotel.”

He added “We are keen on making this marriage work, it is a beginning of something special.”

The well attended presentation ceremony was crowned with a special golf tournament which saw Emmanuel ‘Jupiter’ Quarcoo finishing first with a 67net in the men’s Group A category.

Trailing by just a stroke was Ben Debrah (68net)” while Jay Saab placed third with 69net.

A 65net score handed Phelicia Goosen the ladies top most prize with Jenny Hong Le and Vastie Amoafo-Yeboah following with 67 and 69 net in that order.

Barry Dzadey grossed 70 to pick the pros ultimate prize, while TK Govinous and Stephen Klah followed with 69 and 70 gross respectively.